10 Things One Should Know About Memorial Day

Memorial Day remains an integral part of American history. Yet today, its origins remain largely unknown and seldom discussed. Beyond a three-day weekend and a chance to let loose, how many of us really know the significance of the holiday and the reason why it’s celebrated? In plain words, Memorial Day serves as a reminder of the sacrifices of the heroes that have paid the ultimate price of freedom. In this post, we shall look at some of the things one ought to know about Memorial Day and its celebration:

1. Memorial Day was meant as a homage to both the Confederate and Union soldiers who laid down their lives in the American Civil War. This was a conflict that costed both sides approximately 620,000 soldiers. Of these, 365,000 belonged to the Union while the Confederate lost 260,000. The sheer loss of life led to a collective commemoration of the dead. By the 1900s, this became a way to cherish the courage and sacrifice of every American soldier who attained martyrdom serving the nation. 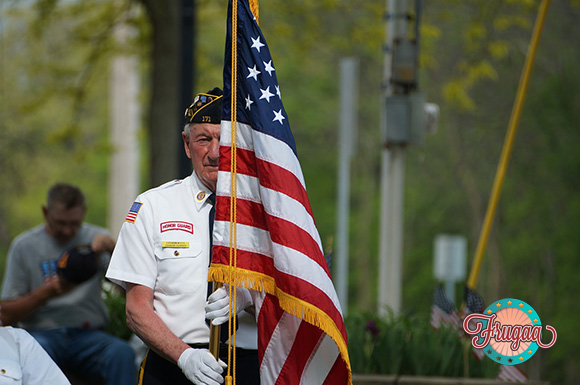 2. Memorial Day was also known as Decoration Day. The initial tradition after the end of the Civil War was of decorating the graves of the fallen soldiers. This, however, was celebrated on different days both in the north and the south. The northern states marked this day on May 30 while the southern states held it between various dates from April 10 to the end of June. The day was then renamed again in the year 1967 as Memorial Day.

3. Memorial Day is also often confused with that of Veteran’s Day. There is however a difference between the two aside from the different dates. Veteran’s day is to honor all US veterans who have spent time their time in active duty for the military. Memorial’s day honors all the martyrs who laid down their lives for the nation.

4. Memorial Day was once celebrated on different days. This came to an end in the year after the Congress passed the Uniform Monday Holiday Act in 1968 which made the last Monday of May as the official date for Memorial Day. The law was officially passed and came to effect in 1971.

5. Poppies are known as the official flowers for Memorial Day events. This came about after the famous poem “In Flanders Field” and poppy fields growing amongst soldiers graves during World War 1 in the city of town of Ypres. The American Legion then formally adopted the Poppies as an official symbol to remember by fallen heroes.

6. One of the biggest memorial services across the country happens in Arlington, Virginia. The Arlington National Cemetery is one of the largest cemeteries in the world and home to more than 400,000 graves. Heading down for a memorial service this year? Get up to 25% off sitewide on all purchases from 1-800-Flowers. Make sure you get yours on the website. 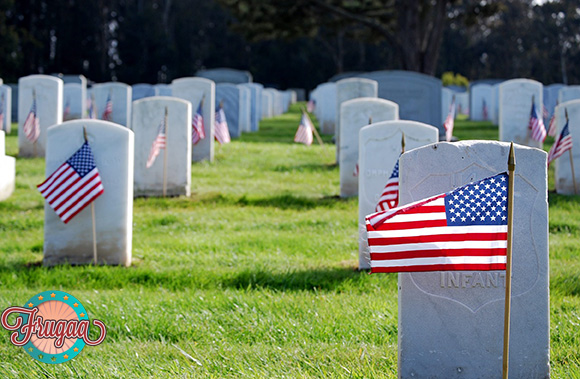 7. The year 2000 saw Congress passing the National Moment of Remembrance Act which required all Americans to observe a moment of silence at 3 pm on Memorial Day to honor and remember all those who have fallen in service of the nation for the United States. As per tradition, the American flag is supposed to be flown at half-mast till noon and then raised to a full mast up until the sun sets on Memorial Day. This is to be observed by all governors of the United States including the Commonwealth of Puerto Rico.

8. There is a 24-note bugle called Taps played on this day across every memorial service in the country. This came into effect in the year 1862 after a Union General Dan Butterfield called on for a change of proceedings. It has now become customary to perform this bugle every Memorial Day. Be sure to tune your car and get your spares for Memorial’s Day. Head to CarParts.com and get up to 5% off on all $150 plus order. Be a smart and safe driver on the road this year.

9. The first Memorial Day service was presided over by President Ulysses S. Grant on May 30, 1868. This was attended by a total of 5000 people. General James A. Garfield was the principal speaker in this event which went on for an hour and a half making it one of the longest speeches ever.

10. The original place of the Memorial Day is a topic often debated upon, but if the Library of the Congress is to be believed, President Lyndon Johnson is said to have declared Waterloo as the “Birthplace of Memorial Day.”

So, there we have 10 things everyone ought to know about Memorial’s Day. Make sure you have you’re A, B and C’s cleared and checked off this important day in American history.